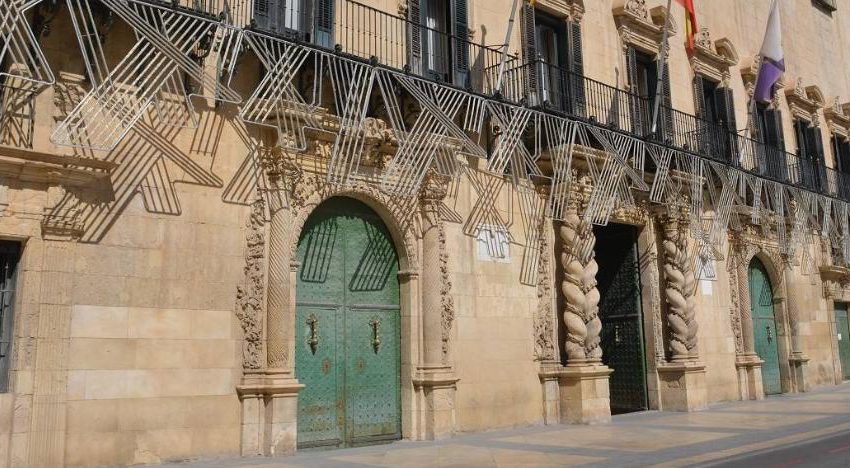 Alicante City Council has begun installing the Christmas lights in the city centre, where you can already see some of the most 780 bows and garlands that are going to brighten up about a hundred streets and squares. This year’s assembly takes place two months earlier than in 2019, when even the mayor had to apologize to the people of Alicante.

The lights will be the Christmas scenario that will put the starting point of this celebration with a decorative lighting at night, as explained in a statement by the Councillor for Infrastructure, Jose Ramon Gonzalez“will for the first time have motives and giant strings type gift box or Christmas balls that will be passable by people, and will be installed in the Plaza de la Montañeta and Ruperto Chapi in front of the Theatre”.

For the moment, from the beginning of October you can already see what the arches look like in the streets of San Francisco, Castaños, Avenida de Alfonso el Sabio, Rafael Altamira or the Town Hall Square, and the assembly work on the hundreds of arches is expected to progress throughout the month.

The mayor of infrastructure has announced that “the goal is to have everything ready and finished in the month of November to be able to enjoy a very emotional and expected Christmas after these months of pandemic”, and has advanced that “another of the novelties of this year is the installation in our emblematic Esplanade of the traditional Christmas tree”.

The lights are equipped with a system of LED lights, which reduces costs and consumption of lighting, which will be maintained for more than a month to brighten the city. “There has been a significant budget increase of 36% in the contract, which means about 100,000 euros more per year, with which we improve the quality, originality and spectacularity of the lighting in our parties in the streets, squares and most significant points,” adds the councilman.