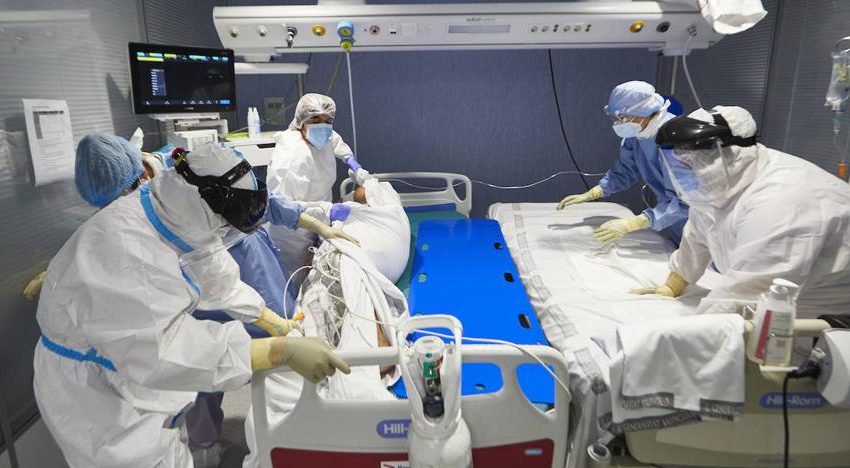 All downward except deaths, which remain at similar levels and even slightly higher than at the beginning of last week.. These are the most remarkable data on the evolution of the pandemic in the Comunitat according to new data provided by the Regional Ministry of Health.

349 new cases of coronavirus confirmed by PCR test or through antigen test have been reported since the last update.bringing the total number of positives to 381,919 persons.

On Tuesday of last week there were 585 new infections and 829 on the same day of the previous week, which confirms that the decline is still maintained in the conditions of de-escalation imposed by the Generalitat with the opening of terraces or the end of the confinement of towns with more than 50,000 inhabitants.

Since the last update, delves Health, have been recorded 618 discharges to patients with coronavirus. Thus, 380,881 people have overcome the disease since the pandemic began.

Hand in hand with the decline in cases also falls the number of hospitalized, but already at a slower pace than a few weeks ago. Valencian centers currently have 744 people admitted. They are 42 less than on Monday and 300 less than on Tuesday last week, when it was still slightly over a thousand bedridden patients. The ICUs are already below 200 patients. Specifically, there are 191 accounted for by Health.

However, in the saddest chapter, that of deaths, everything is slower. There have been registered 38 deaths since the last update, bringing the total number of lives lost to the pandemic to 6,911.

The death toll equals that of last Tuesday and, if we add, the 23 on Monday, it draws a rise in fatalities compared to the beginning of last week. At the moment there are 5,604 active cases, 1.42% of the total number of positives.

What is happening in the residences? According to the Generalitat, since the last update the positives in nursing homes have been reduced to 43, eight in centers of functional diversity and two in children’s centers. Eight new infections were counted among residents, 17 among professionals in the centers and seven deaths of residents.