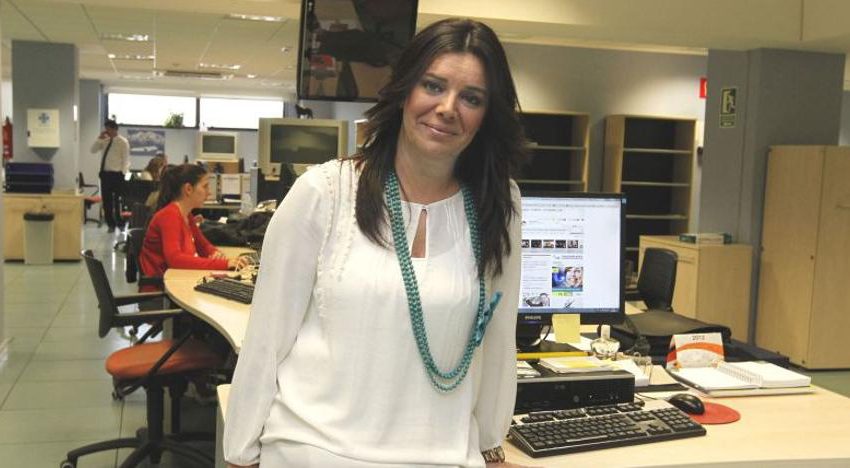 He left his mark on the editorial staff of Gremis de LAS PROVINCIAS and will now leave it all over the city. María José Grimaldo, deputy director of this newspaperwill be the city’s favorite daughter posthumously. This was announced yesterday by the City Council of Valencia in a statement in which the Council recognizes “its dedication to the profession of journalistThis is an important point in journalistic work at the beginning of the 21st century, which is also exercised by a woman”. In her professional career, Grimaldo has worked for Cadena Cope, Canal 9, Cadena SER, Mediterráneo TV, and for more than 25 years she was part of the team of the newspaper LAS PROVINCIAS, where she became assistant director in 2012.

It’s not the only recognition of Grimaldo that’s going public this week. The Culture Committee of the Consistory will approve tomorrow the change of name of a street in Benimàmet to be renamed María José Grimaldo García (Journalist). This is the section of Alfarrasí Street between the Senda del Polvorí and Cocentaina Street.

Grimaldo receives this distinction after the request made by the People’s Party. The spokesperson of the municipal group, María José Catalá, stressed that the PP wants to give a fair recognition to a great Valencian womanthat I felt passion for Valenciaand who worked from the media to to enhance and spread the image of this city». Grimaldo was very attached to the Fallas festival: he was part of one of the most long-standing commissions in the city, the Jerusalem-Mathematical Marzal Convent. He was also a regular at dozens of Fallas events, such as the Offering, where he was seen year after year.

Grimaldo set up delegations such as the Safor and Camp de Morvedre and controlled the information of dozens of municipalities in Valencia. She soon moved on to the Society section, the core of the newspaper, where she was appointed section chief, the first in the history of the Federico Domenech S. A. newspaper. She then moved up to the rank of editor-in-chief, responsible for sections such as Comunitat Valenciana, Events and Culture. She was the right hand of director Julián Quirós in the editorial office, first as head of Information since 2009, with the direction of the coverage and information bets in all sections, and then also as deputy director from 2012.

In addition to Grimaldo, the Consistory will grant Rammon Vilar the title of posthumous honorary councillorThis will be given to their families, probably next October, during the ceremony of the City 2020 honours and distinctions that are usually granted on the occasion of the commemoration of October 9th. Vilar died a little over a week ago. With this appointment the Council wants to recognize the work of the councillor of Finance during five years, a man with a whole life linked to socialism and the politics of the city and the autonomous community.

The Culture Committee will approve tomorrow the appointments of the persons and entities that will be recognized this year. In addition to Councillor Vilar and Grimaldo, the journalist will be appointed as the city’s favourite son Vicente Vergara and the City Mayor’s advocate, Jose PelegriThe employer shall be appointed as an adopted child Silvino Navarro (posthumously) and the composer Angels Lopez Artiga. And finally, the City Gold Medals will be awarded to the Local Police of Valencia (at the proposal of Citizens), the Correcaminos Sports Society, the Guild of Bakers and Confectioners of Valencia (at the request of the PP), the Food Bank, and the collective València en Bici.