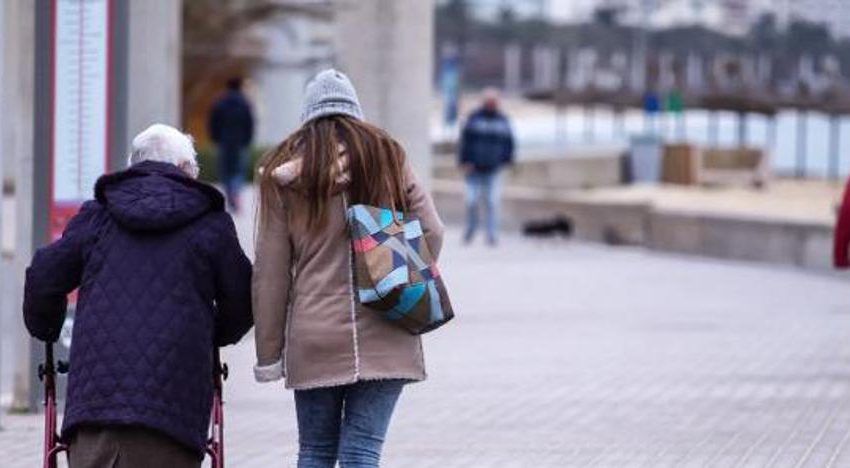 Nine thousand twenty. 9,020 people. That’s a scary number. But the grief is greater when you give it a name: People who died in 2020 in the Community waiting of dependency support. Files stuck in the bureaucratic labyrinth that only in the City Council of Valencia has 13,000 files paralyzed. The Association of Directors and Managers of Social Services yesterday published a report that uses the data provided by the Ministry of Social Rights’ mortality monitoring document and, specifically, by the Institute for the Elderly and Social Services. The numbers show that the Comunitat Valenciana is the fourth autonomy where more people lost their lives until October 1st without the administration responding to his request for help. Throughout the state, the drama is greater and speaks of 47,201 deaths waiting.

In a statement, the association asked the second vice-president of the government and minister for the sector, Pablo Iglesias, to convene “urgently” the Territorial Council “to propose an immediate increase in funding for the Dependency Care System” to comply with the agreement “.in the State Pact for Dependency and the meeting of regional presidents“of 2017. “In the same way that it has been invested in all sectors, it is inexplicable that the most vulnerable people are abandoned (once again) and there is no increase in funding for dependency care,” the organization criticizes.

The association regrets that a few days before the first anniversary of the new government and the fifteenth of the Dependency Law, “far from new speeches, photos and intentions, urgent measures must be taken to avoid the suffering and abandonment of the most vulnerable people in our country”. Directors of social centres say that funding “must commit the autonomous governments to undertake the reforms of its regulations necessary to speed up procedures and eliminate waiting lists”. “It is necessary to simplify and unify the procedures, (reports, assessments, individual attention plan and resolutions,…) to speed them up and allow them to give immediate answers in this crisis. In addition, measures of temporary suspension and flexibility of the service or provision should be applied without the need for administrative resolutions”, requests the entity, which adds that social services “are an investment, essential to guarantee dignified care for the most vulnerable of our country, and more so now. “The strategic importance of the issue requires us to get to work as soon as possible,” says the entity presided over by José Manuel Ramírez.

Progress in the Community

Eighty-two per cent of those who died while waiting for help were over 80 years old. And 42% of the deaths occurred in people with Grade III dependency. The report shows that there is “a very high impact on excess mortality in people receiving residential careThe number of deaths in the country was estimated to be 20,922 (8.4% of the total number of dependents in residential care). 27% of the beneficiary dependents who died in this year lived in a residence.

Nevertheless, the entity recognizes that the Valencian Community is the autonomy with more new beneficiaries: 11,02912.5% more than last year. However, the bottleneck in the sector is such that the figures are still overwhelming and the effort of the administration insufficient, especially at lower levels such as municipalities.

Those affected demand more effort in the municipalities

Emilio García, regional coordinator of the Platform for the Defence of Dependent Persons, criticises the lack of investment in personnel and tools by the local councils, which are the first to process these grants. “They tell us that they can’t hire more people, but some city councils resolve in six months. And even that is too long,” laments Garcia, who recognizes that the council resolves “when they receive the files, which usually takes.