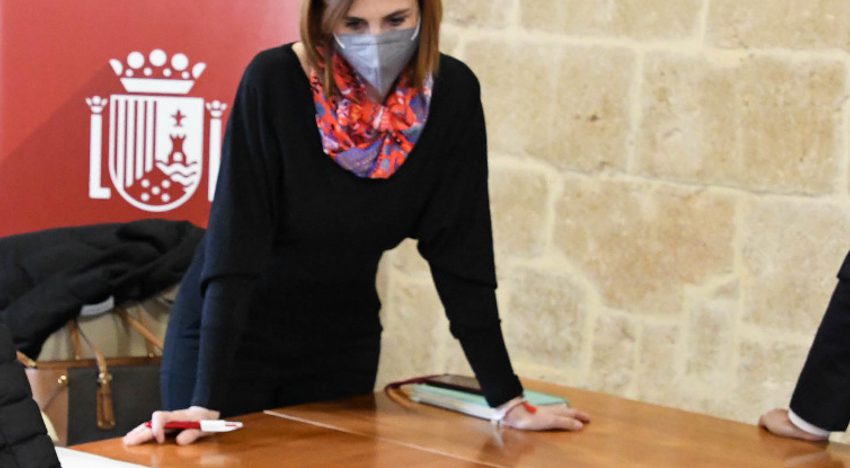 The emergency work to consolidate the slope of the Caleta del Puerto will begin in April. This was announced this morning by the director general of Ports, María Luisa Martínez, during a meeting with the mayor of Xàbia, José Chulvi.

The work, which will involve an investment by the regional government of 1.8 million euros, is expected to last six months and proposes a solution to the instability of the slope based on gabions and anchored walls, the latter with a landscaped finish to reduce its visual impact.

The meeting was also attended by the deputy director of ports, María Pilar Álvarez, the councillor for Town Planning and Works, Isabel Bolufer, as well as technical staff from both administrations.

At the meeting, the public officials also discussed other projects that the port authorities have underway in Xàbia, such as the work to replace the pontoons in the port area and the repair of the north dock of the port, the latter of which is already in the contracting phase.

The mayor of Xàbia thanked Ports for “the concern it is showing for the town’s port facilities and its commitment to investing in solving its needs”.