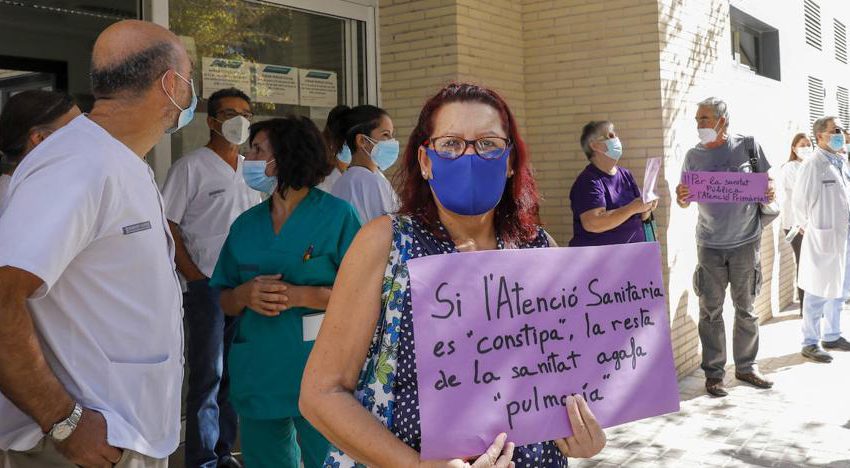 Doctors of Primary Care of the Comunitat Valenciana have concentrated at noon, and for ten minutes, in their health centres and in the government delegations of the three provinces to denounce the situation of the first level of health, the lack of means and the “continued over-exertion” that have been held since the beginning of the pandemic, in a protest that has had “massive” support and has been described as “successful” by the organizers.

This was stated by María Ángeles Medina, spokesperson of the Forum of Primary Care Physicians (FOMAP) of the Valencian Community, which organized this protest under the slogan “Save Primary Care,” seeks “effective solutions” to the “chaos that is putting at risk the health system of the Comunitat Valenciana and the health of the citizens, by failing the quality care that we currently recognize that is given from the health centers”.

Primary Care Physicians denounce the “overload” of work imposed on them by the coronavirus pandemic and they claim that although they go as far as they can and with “maximum compliance”, they cannot “see 80 patients in a day”.

Moreover, he claims that the “overload” imposed by covid-19 aggravates the problem as there are not enough trackers in all departments and health centresso they’re the ones who have to do the tracking.

Family doctor Amparo Melchor says that since the beginning of the pandemic “we have been overworked. We got a break last winter with the summer, and we’ve only had two weeks to get a break. and has stressed that Primary Care has a “staff that is under-resourced with respect to the needs of the population. There should be more family doctors, because for a long time these specialists were not available and those who ended up leaving because they did not have good contracts here”.

For his part, the also family doctor Aurelio Duque assures that Mondays “are the most burdensome and usually over-bureaucratic day: to see an analysis or an X-ray or to renew a chronic prescription, and that can be given to the patients telematically by e-mail or by telephone”. There is useful bureaucracy that has to be done, but the useless bureaucracy has to be taken out of the office to have more clinical time,” he says.

“It is important to send out positive messages, that people do not lose hope, but until the vaccine arrives the tools will be Public Health and Primary Care and therefore they must be strengthened,” he said.

Among other measures, Primary Care physicians are demanding quality contract templates; 1,500 patients per family doctor and 900 in paediatrics, closed agendas for a total of 25 patients (telephone and face-to-face) and autonomy in the management of the agendas by the doctors.

In addition, they are asking for the establishment a Crash Plan to allow more time for the new tasks to be performedThe aim is to guarantee the safety of professionals and patients with COVID-19 approved material and a reliable serology detection plan.

The Forum of Primary Care Physicians (FOMAP) of the Valencia Region, which this Monday has held meetings to denounce the situation of the first level of health care, has been called by the Ministry of Health to a meeting to be held on Tuesday.

This has been confirmed to the spokesperson of the Forum, Maria Angeles Medina, who explained that this morning she received a call from the Conselleria summoning them to the meeting, although they haven’t yet set the time and whether it will be face-to-face or virtual.

The Forum of Primary Care Physicians of the Region of Valencia agreed on September 18 take action to “put effective solutions to the chaos which is putting the health system of the Valencian Community and the health of the citizens at stake, by failing to provide the quality care that we currently recognise as being provided by the health centres”.

So, he decided to hold rallies on Monday while waiting for the Minister of Health, Ana Barceló, to respond to the demands, and gave him a deadline to implement improvement measures between 25 and 30 September. The Ministry of Health has not yet provided information on this matter. 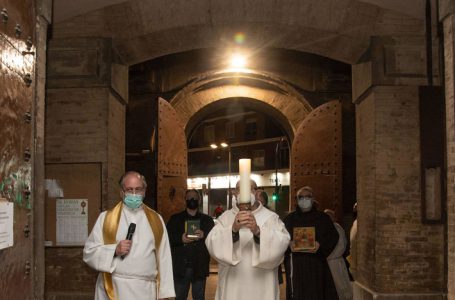 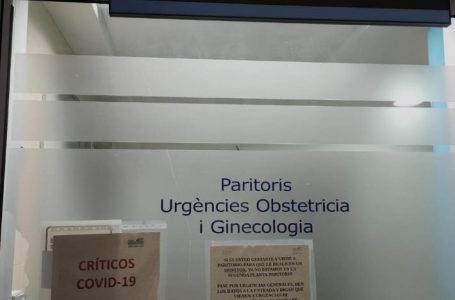