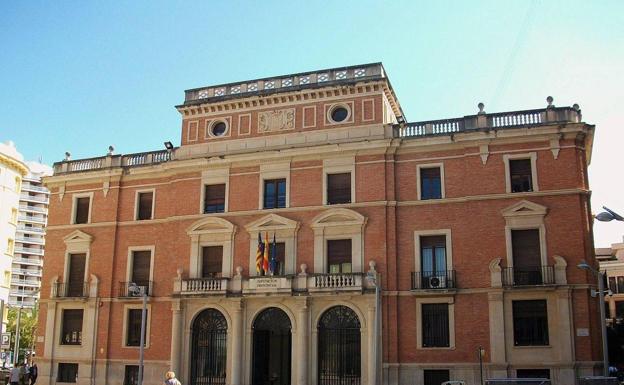 The Provincial Council of Castellón has delivered this morning the prize ‘Som Ceràmica’ to the innovation in products of urban application to the company Rocersa of l’Alcora. The recognition has been formalized in a simple act in the facilities of the company in the capital of l’Alcalatén, attended by the president of the institution, José Martí; the deputy of Ceramic Promotion, Ximo Huguet; the mayor, Samuel Falomir; and representatives of the management.

This is the third time in five years that this long-established company has won this award. This 2021 has done so with a proposal to integrate on the beaches of inside and outside Spain shower trays made of ceramic. The jury has valued the functionality of the product, its resistance to salt corrosion and to continuous use by bathers and its “perfect” integration into the natural environment.

Martí, who presented the trophy to the management team, highlighted the capacity of the Castellón ceramics industry to improve itself and to seek, through R+D+I, new ways of business that generate wealth, employment and well-being for Castellón.

To Rocersa he conveyed his message of gratitude “for being a beacon of innovation in this province” and encouraged them to “squeeze the most out of internal talent” because, he said, it will continue to take them and the province very far.

The deputy of Ceramic Promotion, Ximo Huguet, has expressed himself in similar terms. “In the differentiation is the key to success, so we will continue to strengthen our government action to promote innovation and the use of ceramics in new scenarios – such as urban – to be more competitive and continue to revalidate the good growth figures with which the sector has concluded 2020,” he said.

Ximo Huguet has informed that the first applications for spaces to be renovated with ceramics through the Urban Regeneration Competition (CRU) have already started to be received. Huguet has recalled that municipalities still have time to submit their sites. The next step will be to call the competition itself, in which architecture and engineering teams will design their regeneration ideas. The two winning sites will be implemented with a budget of 200,000 euros to be divided.

The president of the Provincial Council and the deputy of Ceramic Promotion have closed their visit to l’Alcora with a tour of the production plant, which has a built area of 40,000 square meters. In view of the intention to expand the factory, Martí has positioned himself on the side of the interests of the management and the City Council to ask the Generalitat to unblock the permits, “since it will mean a significant investment of millions of dollars and the expansion of the workforce considerably in the coming years”.