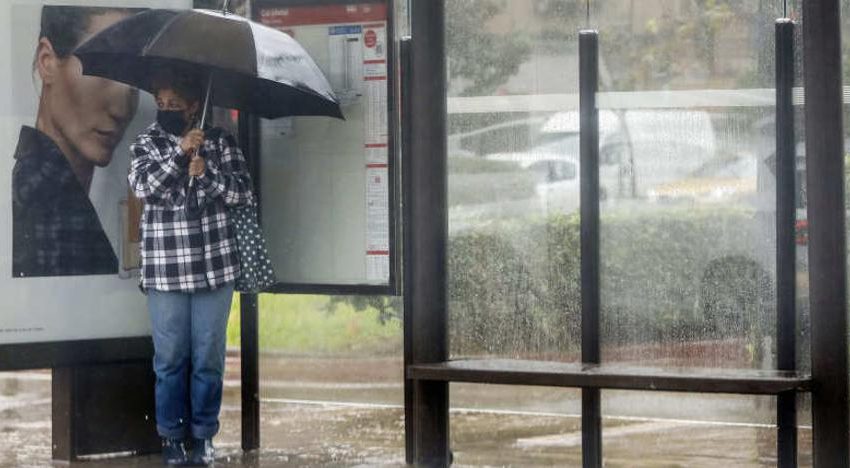 Snow in the mountains closest to Valencia, while more than 150 roads have been cut off throughout the Community, as well as a yellow alert for coastal phenomena and the AVE, cancelled. These have been some of the effects of ‘Filomena’ in Valencia. The squall has caused Aemet activates the high alert by snowfalls in points of the interior that could register accumulated of about 20 centimeters. The thermometers dropped significantly on Friday leaving the maximum temperature in the city of Valencia at its lowest level in the last 10 years.

It’s being a temporary cold and snowThe rain has been reduced, so in the city of Valencia ‘Filomena’ has lowered the thermometers and the rain is rather scarce, just enough so that without stopping the rain from midday only less than 17 litresAccording to Avamet’s data. As far as mercuries are concerned, they are extremely low. At the central hours they were just over 6 degrees, while in Sierra Calderona the snowfall increased considerably.

The big question is: How long will it continue to rain in the city of Valencia? Aemet’s forecast prolongs the effects of ‘Filomena’ in the Comunitat, especially until mid-afternoon this Saturday, a day for which there are forecasts of snowstorms. There is a probability of rain in the capital throughout the morning, accompanied by values that will hover between 5 and 8 degrees. The rain could return, in a testimonial way, in the early hours of the night, but with minimal records. In the face of Sunday, the probability of recording rainfallalthough I know it’s not very intense. Monday would be a day of transition between clouds and clear skies, and on Tuesday the skies would be clear again, a day when the highs are expected to rise significantly to 15 degrees and the lows to fall to 1 degree positive.

According to Aemet, this Friday the city of Valencia has lived the day with the lowest maximum temperature in the last 10 years. The highest value recorded during this day in the capital is 6.9 degrees. It is notably cold for the city, which contrasts with the -1.2 degree maximum they have had in Morella.

And these temperatures have moderated with the arrival of clouds and rainfall. This same squall that leaves rain In Valencia it is the one that causes snowfall in the interior, that is why on some occasions we have been able to see very fine drops that seemed more flying than falling to the ground.

This occurs while Aemet activates the yellow notice on the coast of Valencia by coastal phenomena. The alert indicates that a wave of between 3 and 4 meters could be recorded.