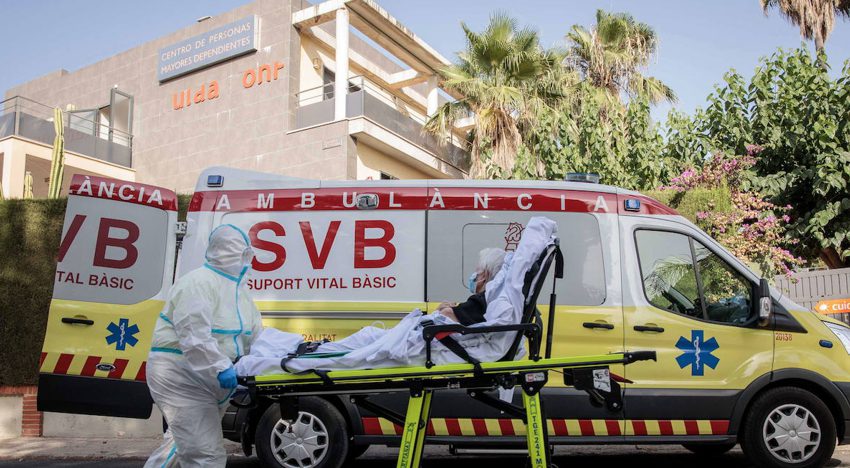 The The Ministry of Health has not yet communicated officially to the employers of the geriatrics, AerteThe protocol for performing PCR tests only to workers in residences located in locations with a cumulative incidence in the last 14 days of more than 500 cases.

This is an initiative that does not satisfy the residences because the department headed by Councillor Barceló “he’s rattling off the tests.”He says Jose Maria ToroPresident of Aerte.

Bull started asking last June for massive tests to be carried out in the geriatricThe aim is to provide information to both workers and residents in order to locate people who are infected with the coronavirus but who are asymptomatic. “The PCRs do not prevent the virus from entering the centre but do prevent it from spreading“he declares. At the end of November, Vice-President Oltra was also in favour of carrying out the tests, as was the Civil Prosecutor who is coordinating the investigations into the geriatric patients, Ana Lanuza.

The president of Aerte believes that the tests should be performed every two weeks in all nursing homes, “not only in municipalities with a cumulative incidence of more than 500 cases”.

“In Valencia city, for example, there are several health departments and it can easily happen that a person lives in a high incidence area but works in a residence in an area where the incidence is low,” he says.

The Health Department recognises that if tests were to be carried out in all residences, a large number of tests would have to be used. With regard to the periodicity, the same sources assured that it is not worth repeating them before 10 or 14 days. They did indicate that both workers and residents are tested at the residences where infections are detected.

On the other hand, Prosecutor Lanuza assured yesterday that a research on contagion at the Benirredrà residencewith 94 infections and six deaths.

With regard to the coronavirus evolutionIn yesterday’s update, there were 1,780 patient dischargeswhich means that more than 100,000 people have been cured since the beginning of the pandemic. This figure would be equivalent to 2% of the population that the Comunitat Valencian. On the negative side, it is to be regretted 29 deaths and 1,419 new infections.

At the national levelThe Ministry of Health notified 9,331 new positiveThese data leave a cumulative incidence of 251.61 cases per 100,000 inhabitants. The number of deaths amounts to 273This brings the total to 45,784 deaths. As for hospital pressure, it stood at 25.6% in the ICU.

The The National Institute of Statistics estimated that in the first three weeks of November there were 30,182 deaths in Spain. That fact is a 26.3% more than last year. However, this is the first time that the number of excess deaths andThe number of deaths recorded on these dates in the statistics of the Ministry of Health is lower.

On the other hand, CCOO and UGT revealed yesterday how the coronavirus affects the staff of Post Office. As they pointed out, they have detected 658 positive. In his opinion, the company puts campaigns like ‘Black Friday’ before the health of the workforce. That is why they are considering mobilizations during this month. The Post Office replied that all the activities “have been developed in accordance with the instructions of the Ministry of Health” and that the incidence rate in the last week is “far below what the unions are publishing”.

The president of the PPCV, Isabel Bonig, demanded yesterday to the president of the Generalitat, Ximo Puig, to start the popular plan to make antigens tests in the Valencian pharmacies. This initiative is, in the opinion of the PP leader, “the only way to control the spread of the pandemic” and thus “recover the economy”. Bonig made these statements in Burriana, where he denounced the closure of the health clinic in the maritime district since the beginning of the pandemic. Bonig also indicated that Puig “lies” about the nightlife because “he said that they sat down to stop the demonstration and the camping and the representatives of the nightlife feel swindled and abandoned by the president of the Generalitat”.