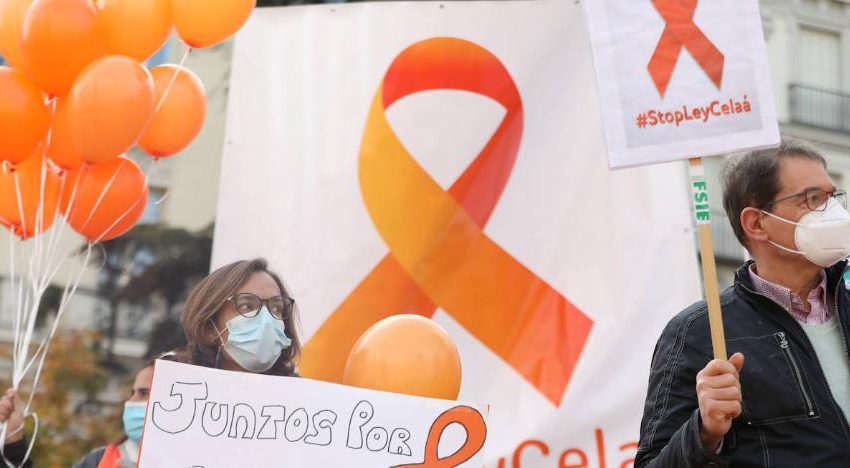 The future Education Act has raised the concerted action of the whole country. The Valencian one, which accumulates vindictive experience after the arrival of the Botanic, has not been an exception. In the last five years, the premise of giving priority to public education has become a reality in a trickle of measures that have bypassed the sector or you’ve been directly harmed. The Lomloe, whose philosophy is in line with the Council’s strategy, is the last straw.

In June 2015 Vicent Marzà took office and the first thing he did was to promote meetings with the whole educational community. After the meeting with the school’s management, the reactions were positive: understanding and collaboration. In February of the following year everything had already gone to waste. The rupture was staged with the absence of the Education department in a festive Feceval event. The president of the School Council did attend, but on behalf of this body.

On the way, the Council had already taken steps. Annulled the agreements to build centres on public plots of land that the PP justified in that there was a demand – the two tenders that were put out to tender had been deserted, although one of the processes was corrected by the TSJCV;created the plan to provide free classrooms for two years to several Ceips -the concertada wanted to participate, since it helped to advance schooling and to build student loyalty-; and took the network out of the ministry program, then in the hands of the PP, to provide some schools with native English speaking assistants. Until then, it had been part of the programme, and although the Regional Ministry claimed that the state’s bases prevented its participation, it has not moved either since the programme was extended to all public schools with funds from the Generalitat. In other autonomous regions there are plans in this direction.

A common complaint of the concerted action – with the assistants and also with the training stays abroad, where their teachers can participate but with much less priority than the officials – is that the rules for promoting English in the classroom affect all schools, without distinction of ownership.

There has been no shortage of controversial statements over the years. From the famous “open bar” of concerts in Marzà to the words of Celaá, in a congress of the Catholic Schools, denying constitutional protection “in the strict sense” of freedom of choice of centre, despite the fact that there is legal doctrine to this effect. It also did not sit well with the Minister of Education defending subsidiarity in 2016, especially at post-compulsory levels, preparing the ground for what would come a few months later.

The biggest protest that the Botanist has experienced was called by a handful of affected schools for the loss of public funds for high school classrooms. The measure has also meant the most forceful judicial attack against the educational policy, leaving aside the linguistic question, whose model of promoting the Valencian language with incentives did not convince the network either, where Spanish is, as a rule, the majority. Going back to the concerts, the TSJCV annulled all the suppressions in the mentioned stage that were contested. The Supreme Court has confirmed two of these judgments, also recognizing the right to compensation.

A year earlier, the PP had already broken with the trend of maintaining the growth of concerted classrooms in the face of cuts in public ones. This was due to the school arrangement, the annual planning of the administration to cover schooling needs. It was proposed that 18 units be abolished overall, but after negotiations with the employers, changes in criteria, corrections of errors and protests, also from a large number of people, the balance was neutral. In the years that followed, the pressure remained on. At the end of the first legislature of the Botanical Garden the network had lost 54 units while the public one gained 1,200 (from Infant to High School and ordinary Vocational Training).

Several of the measures criticized by the sector have been endorsed by the courts, such as the extraordinary ratios of 23 children per classroom instead of 25 in about thirty municipalities with low birth rates. The Catholic employers’ association appealed, but the measure has been endorsed by the Supreme Court. What was feared was that it would facilitate transfers of students (the reduction was applied progressively up to 6th grade of primary school) and difficulties in renewing ESO concerts because they did not reach the legal minimum. The extension of free two-year classrooms only to the municipal network or the new organization of the subject of Religion was also endorsed in Primary and Secondary. And the appeal against the delegated payment order is pending.

Concerted teaching has also been considered to be affected by actions of other administrations, from the treatment of the experience of applicants in teaching competitions, increasing the advantage for the interim staff, to the composition of the Municipal School Council of Valencia.

Goodbye to the Social Initiative Centers

The Consell left without effect the agreements to build Social Initiative Centers, promoted by companies or entities in public plots given by city councils by means of a concession, guaranteeing the agreement.

“There was a kind of open concert bar that we all paid for with our taxes. From now on this is over.”

These units, typical of the first cycle of Infants, were created only for public schools. The school wanted to participate in the measure, which helped to build up student loyalty.

The arranged one, without English assistants

The network was left out of the state plan. Education claimed that including it was not in compliance with the rules. Nor was this done when the measure was extended with funds from the Generalitat.

Education plant to the concerted

It was a detail that illustrated how quickly relationships degenerated. The Feceval employers’ association organised an event in defence of freedom of choice with different activities. No one from the top of the council attended.

For 2016-2017, the cut of 18 concerted classrooms was announced. In the following weeks, after negotiations, protests and mistakes, this was rectified: the balance was neutral. The same units were created and removed.

“The fact that the Baccalaureate is arranged is an anomaly in the whole state. It is arranged where the public does not go. We have it in the programs”

The rule allowed for an increase in the number of hours of classes in English for those centres that gave more Valencian. The Concerted School, where the majority gives priority to Spanish, rejected it from the outset. Fcapa challenged it in the TSJCV.

After a couple of courses of progressive implementation with the PP, the new decree on the admission of students ended up with the single zone, defended by the concerted action as one more way of freedom of choice of school.

Education, applying the new regional regulations for concerts, announced the cutting of 31 high school classrooms from 25 centres. In the end they remained at 27 out of 21. All the sentences have annulled the suppressions.

The Lomloe and the weight loss network

Stays abroad to improve English only reached public school teachers. Then they opened up to the concerted one, with limits.

The maximum ratio of students in about thirty municipalities was reduced to 23. Catholic Schools challenged this by considering that it would mean the loss of children and in the medium term would make it difficult to renew concerts in the ESO.

Marzà announced that from 2017-2018 all two-year places in the municipal nurseries would be free, with the cost being borne by the Council. The private network, which is in the majority, and the subsidised centres were left out of the plan.

Aids for innovation in the classroom

For years, Fsie has been asking for equalization in the calls for grants to innovate in the classroom. The subsidized one has 6% of the total budget. Education says it meets their needs, although applications are often excluded.

The families of the public network in Valencia city have seven counsellors in the advisory body and those of the concerted action three, despite the fact that there are more students in the second one.

The delegated payment order, to the TSJCV

The standard updates the processes related to concert payment and payroll. Employers and unions believe that rights are lost and schools are harmed in the replacement of teachers.

The new state royal decree that regulates access to public posts gave more advantage to an intern than to a teacher of the concerted action in the assessment of experience.

The new decree for the organization of secondary schools was presented, reducing the hours of religion to a minimum in the first and second years of secondary school (from two a week to one). In Primary School it had already been allowed, but the decision depended on each school.

The Lomloe and the weight loss network