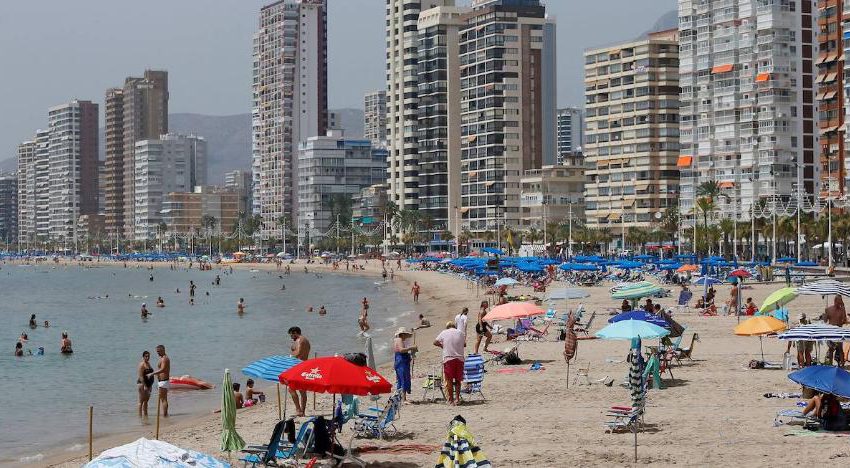 The Board of Directors of the Costa Blanca Beaches Business Association has rated the summer season as “very negative” after turnover in August fell by 50%. According to the association, the data has been “much worse than the forecasts carried out at the end of the confinement”.

In a statement, they pointed out that the “fundamental” cause has been the lack of foreign tourists due to the restrictions imposed on travel at origin (in the form of quarantine) by countries such as the United Kingdom, “one of the most important issuing centres for the Costa Blanca”.

They also pointed out that Spanish visitors have had a similar presence to that of other years, which has not made up for the lack of foreign visitors. “The result has been a drop in turnover of over 50% compared to the same period last year. In addition, the forecast is that the drop exceeds 80% in September compared to the same month in 2019″, they have predicted.

“This spectacular drop in revenue is going to prevent companies that provide their services on the beachfront from being able to meet the fees that the municipalities have communicated to them, since they were calculated with parameters that provided for a number of international tourists (those who spend the most) that have been far from being met,” they said.

For this reason, the Association has deemed “urgent” open up opportunities for negotiation with all the Administrations to reduce the rates “notably”, a measure that stands out as “essential” to keep “alive” the SMEs that serve in the sands of the whole province.