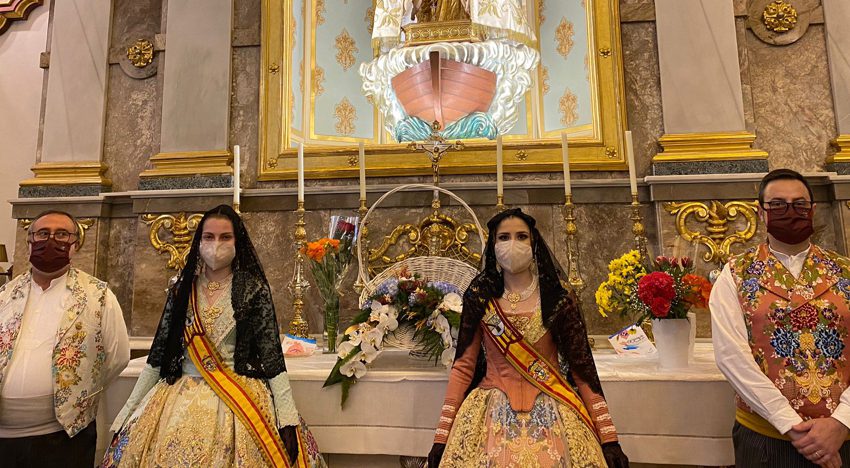 The health crisis has once again reduced the Fallas festivities in Dénia to the minimum expression, where they have had to settle for commemorating the festivities in honor of San José through the networks and in specific activities such as the decoration of facades with Fallas motifs or the Fallas critique contest.

One of the events that did take place on March 19 was the Mass in honor of St. Joseph that is celebrated every year in the church of Our Lady of the Assumption. Applying the health protocol recommended by the health authorities, the Fallas Majors of Dénia, Safir Malonda and Martina Gimeno, as well as their Court of Honor and the president of the Junta Local Fallera (JLF), Juan Salvador Pérez, as well as the members of the JLF team were present.

The highest representatives of the Fallas festival offered a bouquet of flowers to St. Joseph, for that Pope Francis decreed a Year dedicated to St. Joseph from December 8, 2020, a period in which Catholics will have the opportunity to obtain a special plenary indulgence.

To put an end to the most important day of the Fallas, Malonda and Gimeno attended the church of Sant Antoni to make an offering to the Mare de Deu dels Desemparats, as is done every year.