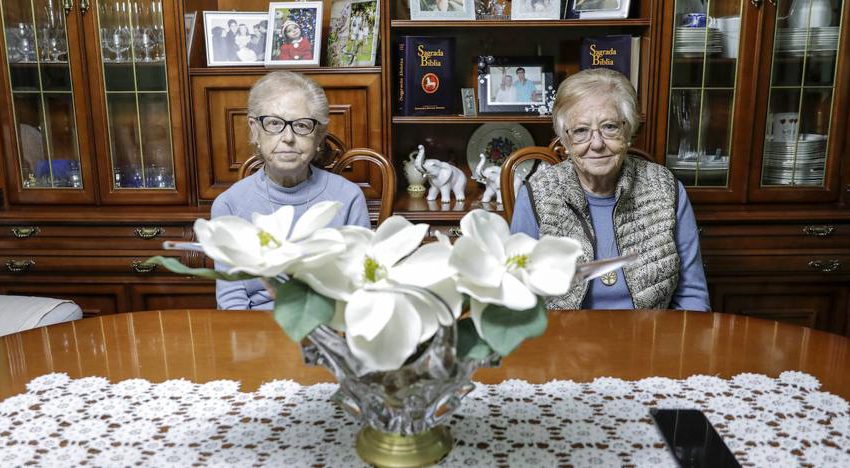 Bewilderment, sadness and resignation take over the Christmas spirit this year. The pandemic that broke out in Spain last March has also taken its toll at the end of 2020, which has become an atypical year and brings with it a most bizarre Christmas by bringing it to the opposite side of what these dates usually mean. Large family gatherings, reunions, late nights in other people’s homes, after-dinner drinks, hugs and kisses everywhere, singing Christmas carols at the top of one’s lungs and successive company dinners and different social circles have all become part of the fantasy.

The new restrictions announced by the president of the Generalitat, Ximo Puig, have meant a pitcher of cold water for many Valencians, especially for those who live outside the Comunitat and who wanted to be reunited with their parents, siblings and even their partners. The evolution of the virus in the region and the increase of the accumulated incidence has led the Council to extend the perimeter closure until January 15, in addition to limiting the meetings to six people and two groups of coexistence. This last aspect in particular conditions the organization of these dates. “In our case, we were thinking of spending Christmas with my parents and one of my brothers, but as there are three groups of people living together we can no longer”, explains Cristina Canet, mother of five children who has been forced to rethink the organisation of the next celebrations.

For their part, those who live outside the Community cannot help but express a certain discouragement. «After months without seeing the family, it was decided that Valencia would be closed until January 15 and we were left without ChristmasNew Year’s Eve or Epiphany. Someone explain to me what the meaning of Christmas is without them”, laments Estela Benita, a native of Mislata who lives in Madrid for work reasons and who assures that she will celebrate with her family all these dates as soon as the situation and the law allows it.

But beyond these stories, there are other complicated stories that do not know about Christmas or special dates. In the case of the Comunitat, one in three children under 18, 32.5%, are at risk of poverty or social exclusionThis means that more than 274,000 children in the territory are in this situation, according to the latest INE Living Conditions Survey (2019).

However, these data do not reflect the impact of the pandemic on the most vulnerable households, so child poverty will increase because of the Covid-19. Therefore, this Christmas will be even more complicated for the families with whom organizations like Save the Children work daily in the Community.

In their case, to sweeten these dates to the most vulnerable children, they promote programs that bring gifts and details to the homes of these children, as the campaign ‘The Tree of Dreams’, in collaboration with CaixaBank. “Thanks to this collaboration, more than 800 children who are in a difficult situation every day will be able to enjoy at least one gift on these dates,” say the organization’s sources.

Casa Caridad and the Red Cross also try to facilitate the celebration of this strange Christmas marked by the coronavirus among the most disadvantaged population. In the case of the Red Cross, they distribute just over half a million kilos and litres of food, benefiting 6,626 people in the province of Valencia. The beneficiaries are close to 20,000 people, specifically 19,979, of whom 749 are infants. They are also calling for toys for 2,800 children in the province of Valencia. For example, they have helped the company Grefusa to promote that 210 minors in the city of Alzira have toys and will deliver lots of products for children in the province. In addition, the organization has set up a donation channel on its website for the purchase of toys for families in difficulty.

The president of Casa Caridad, Luis Miralles, explains how they prepare these dates to comply with all security measures without harming the most needy. “We are going to break the dining room in half. Half is for 50 users that we have in Petxina and they will pass in two shifts so that they can eat respecting the distance. The other half of the dining room is the one that faces the back door, which we will open and will have a capacity for 25 people coming from the street. So we have to be very careful,” he says, adding that they will take their temperature and provide them with disinfectant. “At the moment there is a shift because now 12 to 15 people are coming, but more are coming every day,” adds Miralles.

In addition, Casa Caridad will double the distribution of food kits this Christmas, up to 615 units, since as Miralles says, the economic crisis resulting from the pandemic has increased the number of users. “New people are coming, people who are in an ERTE and have not been charged. They are coming for food. Some are small entrepreneurs who have been left with one hand in front and one behind and who, as a result of the pandemic, have lost their way of earning a living,” explains the leader of this organization. “They come from the workers in a bar to the owner of a restaurant,” adds Miralles.

On the other hand, Casa Caridad will hold recreational activities such as a costume contest and a gala for New Year’s Eveamong others. “On the 24th there will be a gala in Petxina’s TV room, there will be an inspiring text, a projector with videos with playback made by the users, ‘Tiktok’ dances, a poetry contest, another one of stories and drawings and at the end we finish everything with a party”, says Miralles, who remembers that this event is made by people who already live in the hostel, so there is no breach of any of the restrictions set by the Generalitat to prevent the spread of the virus.

For their part, the private residences are committed to promoting family visits in the centres, thus guaranteeing security measures, instead of residents leaving the facilities as in other years. “In case the families wanted to take the residents away, we believe that they should do so for at least a week and return to the centre with a negative PCR and do a period of preventive isolation to protect the health of the rest of the users,” says the president of the residential homes association, (Aerte), José María Toro.

On the other hand, The Elderly Defender, José Pelegrí, states that the loneliness of the elderly is a reality that transcends the situation caused by the coronavirus. “The blame for their loneliness lies with the family, not the pandemic,” he says, adding the need to “seek solutions.

Irene and Teresa have decided to spend these dates without seeing the family but they don’t give up cooking a special menu or their glass of cava at the table. They assure that they must take care of each other because the situation requires it. / I. Marsilla

Irene and Tere. Sisters
“We don’t see the family as a precaution.

Irene and Tere are two sisters, aged 84 and 80, who have decided to spend this Christmas without joining the family. “People are complaining, but we are doing it of our own free will, as a precaution,” explains Irene, who points out that in previous years, 26 people came together during these important dates. “I haven’t been in a bar since the pandemic started and we have to look after each other,” she says, adding that they will be making a special dinner and lunch, as well as drinking the legendary glass of cava.

Cristina encourages her children to celebrate these days with enthusiasm. / I. Arlandis

Cristina Canet. Large family
“Every year we would get together 70 people”

If the pandemic has disrupted the meetings of almost all families, it has done even more for that of Cristina Canet, mother of five children with her husband Carlos Roche. “Every year we used to gather 70 people at Christmas and about 30 on Christmas Eve,” she explains. In her case, she had planned to spend this year’s Christmas only with her parents and one of her siblings, as they would enter within the limit of six adults. “More than ever this year we must strive to put our hopes in things. In our case we have not missed any being close and we are grateful to celebrate Christmas even more intimately,” says Cristina, who encourages her children to have a time of recollection during these days.

Guillermo finds the perimeter closure incongruous and that international visits are allowed. / LP

Confusion and resignation take hold of Guillermo Díaz, who is unable to meet his partner, Judith Termens, due to the perimeter closure of the Community. “She lives in Cambrils and we haven’t seen each other since September,” explains Guillermo, who is a civil servant for the Generalitat. “Politicians haven’t given this issue one iota of thought. It’s a serious problem because in many cases it can deteriorate the relationship due to the wear and tear it entails”, he says. He also says that he considers it “nonsense” and “incongruous” that the Consell closes the Community perimeter but allows international flights to arrive. “We will have to spend this Christmas separately and alone,” he regrets.

Victoria prefers to stay in Brussels to avoid worries for the family, who lives in Valencia. / LP

Victoria de Ros. Valencian in Brussels
“I’m not going in case the PCR comes back positive.

Valencians living abroad are thinking twice about going home for Christmas. This is the case of Victoria de Ros, a young woman living in Brussels. “I have decided not to go at Christmas because if the PCR is positive I will worry my family,” she explains. That is why she has decided to spend these days alone with her partner. “In Belgium they only let you meet one more person from outside your core,” she adds.