Gradual progress is still being made in the long-running saga of Castellón’s “ghost airport”, with the latest step 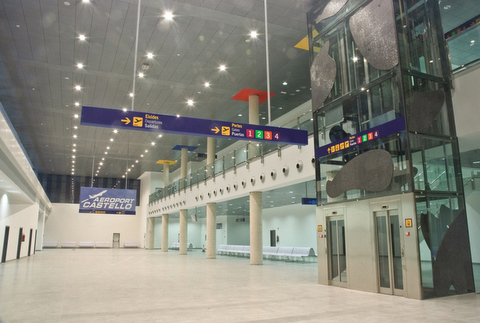 being taken at a meeting between Alberto Fabra, the regional president of the Comunitat Valenciana, and representatives of SNC-Lavalin.

During the meeting, which was held on Wednesday, it was agreed that the transfer of responsibilities from Aerocas to SNC-Lavalin will take place in the first fortnight of May, and that no effort will be spared to ensure that the airport is finally up and running as soon as possible. Also present were José Ciscar, the president of Aerocas, and Patricia Llopis, the managing director of the airport.

The latest progress has been made possible by this week’s court decision that Gesnaer Consulting’s appeal against the awarding of the contract to Lavalin will not be admitted: it is now confirmed that Lavalin won the contract as the result of a fair adjudication process, and the regional government is happy that their ill-starred airport is now in the hands of “an international company with wide experience in four continents”.

In Europe alone Lavalin already manages 16 airports and 58,000 flights per year, and to these activities it will now be adding the running of the airport in Castellón for the next twenty years.

Despite the repeated failure of attempts to get the airport off the ground, the government is optimistic that it will prove to be a viable concern. The fact that there were various candidates to take on the management contract is being taken as proof of this, and Sr Fabra took the opportunity to voice his hope that the airport will eventually be a boost to tourism both in the province of Castellón and in the whole of the Comunitat Valenciana.
Image: The airport has been ready and waiting to go for 3 years. Copyright Aerocas.