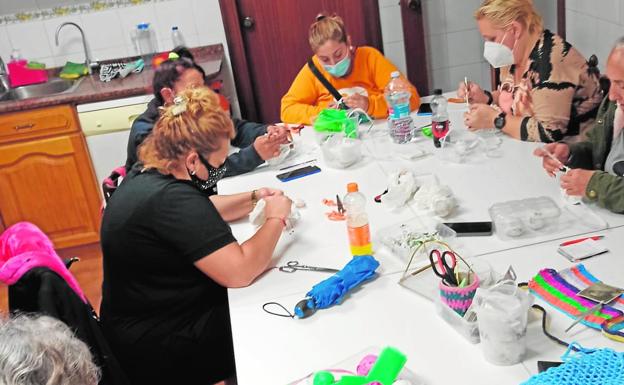 “This is what Jesus teaches us and this is what I do. It is my duty, it comes from my heart and I love to do it. These are the words of Pope Francis when he was preparing to wash the feet of twelve young prisoners in a Panamanian jail a little more than a year ago. Bridging the gap is an action similar to the one carried out by about a hundred volunteers with prisoners in Picassent prison through the Prison Pastoral Delegation of the Archbishop of Valencia. And all of them act with the words of the Gospel: “I was a prisoner and you came to see me”.

This is the motivation that leads Victor Aguado, delegate of the Pastoral Penitence in the diocese of Valencia, to dedicate part of his time to the inmates of Picassent: “It is a vocation. Someone has to be with them and no one wants to know anything about this kind of people,” Aguado said.

He is in charge of coordinating the action of these volunteers who work with prisoners in Picassent prison. There are about 80, although they usually work 56. They are divided into groups of three or four so that if someone fails they do not stop giving the workshops.

Every two weeks, six euros are given to prisoners with no income or support to enable them to make phone calls

The Prison Pastoral organises various activities in the prison. The basis, as Aguado explains, is the accompaniment of the inmates. Three areas of work have been established. One of them is the religious area. Masses are celebrated and Christian formation is given to those who wish to do so. Because not a few inmates meet with God. “We have prisoners who have been baptized or who are asking for preparation to receive Communion or Confirmation,” Aguado said.

Not a few inmates realize during their time in prison that they are not alone “and discover God. They read the Gospel and find a reason for hope.

At the moment there are three priests serving in the prison. A Jesuit, a Redemptorist and a Mercedarian. Another diocesan priest devotes half a day to it.

The volunteers carry out various workshops in which they work on different social skills, such as Spanish for foreigners or sewing. But that is not the most important thing. “The main thing is accompaniment on a personal level,” Aguado said, noting that there are interns who have no one, with very complicated personal situations, and for them they are a balm. “One of the big problems in prison is loneliness, and we help them fight it,” he said.

And the fact is that the aim of these workshops is not primarily to give them a profession. Rather, it is about accompanying. “They are an entertainment. It’s to be with them in conversation, giving them some initiative and meaning to the time they spend,” said Aguado.

Another area they develop is legal. On the one hand, those who have no one to do so can ask for an interpretation of the legal documents that concern them. But they are also helped to present those appeals that they themselves can make. “One does not enter into defence issues. It’s just that they can file an appeal with the prison surveillance judges if they want to,” Aguado said.

The Prison Pastoral provides a fortnightly allowance for those who have no income. It is six euros destined fundamentally to be able to make telephone calls.

At the beginning of summer or winter, clothing is provided for those who have no one to take it with them. “It’s a very popular service, especially in the changing seasons,” he explained.

In any case, the prisoners look forward to their appointment with the volunteers every week. It is a time to exchange concerns, to entertain themselves, “to fight loneliness,” said Victor Aguado.