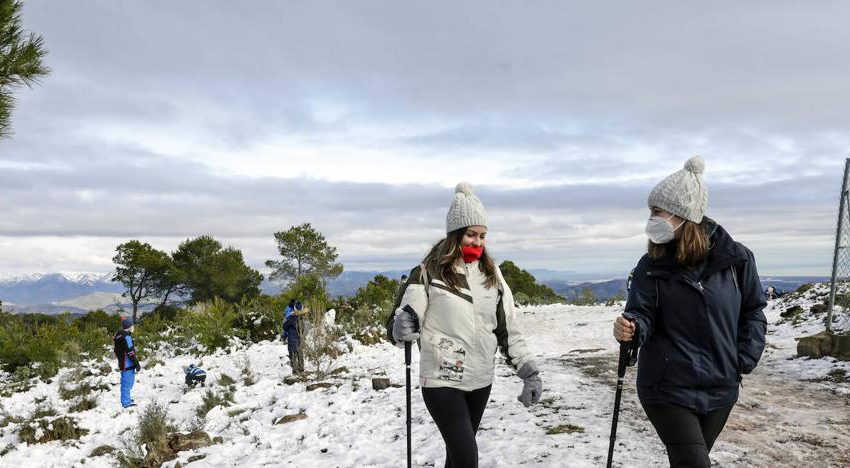 The storm Filomena begins to say goodbye to the Iberian Peninsula after leaving behind historical images, cut-off roads, suspended classes and several dead. Although what will continue are the low temperatures.

For this monday, january 11According to Aemet, cloudy or overcast skies are expected in the province of Valencia, with the probability of isolated showers on the southern coast in the early hours, without ruling out the possibility that they will be locally strong in the far south, remitting and tending to be slightly cloudy in the afternoon. Temperatures are falling, with lows at the end of the day. Frosts in the interiorweak at points along the coastline. Weak north wind turning west.

During the day of the tuesday 12 january will finally show off the sun clearly in the province of Valencia according to Aemet. There will be little or no cloudy skies. Minimum temperatures in descent or without change and maximums in ascent in the northern half and with little change in the rest. Widespread frost in the interior and weak at points along the coast. Light to moderate westerly wind.

During the Wednesday 13 JanuaryAemet predicts that the sky will be mostly cloudy or clear. Rising temperatures, locally noticeable in the interior minima. Weak frost in the interior. In the interior north of Castellón, moderate north-west wind with strong gusts and in the rest, weak to moderate west wind.

In the last 24 hours, members of the Guardia Civil have carried out a “multitude” of aid and support to drivers of vehicles who have had various road incidents and that they had gone to visit areas with snow, especially in the province of Castellón.

Despite recommendations not to visit these areas or drive with private vehicles on roads affected by the storm, there have been numerous incidents related to the arrival of visitors that have hampered the work of road, emergency and Guardia Civil personnelAccording to the 7.30 p.m. balance sheet provided by the Government Delegation.